I find little to distinguish the principles of secular humanism from those of most religions, and in holding that view I tend to find myself a target of the “fundamentalists” of both the religious and non-religious kind. In this regard, I’m probably typical of a relatively large section of those who call Aotearoa New Zealand home. It is important to note that I am referring to principles and not practices. The reason why will become obvious in a moment.

Way back in October 2015 I wrote a piece titled Animism is the established religion of Aotearoa New Zealand. Really? in which I was critical of an article by John Tertullian on MandM. He was of the opinion that there is only one “true” religion, and as a consequence all others must be false. When it comes to the environmental crisis we find ourselves in today, I see the reverence bestowed upon nature by Māori (and no doubt other cultures with spiritual/religious beliefs, which the West often perceive as primitive, and collectively label as animism) in which all animate and inanimate forms possess a “life force” or “essence” (called mauri in Te Reo Māori). In this country the concept of mauri is becoming a motivator for Pākeha as it has been for Māori in taking care of our planet. It is the principles, or essence of mauri that motivate us, not necessarily a specific set of beliefs about what it is.

Which brings me to the point of the post. The Islamicity Foundation owns the Islamicity Indices project, which according to their website:

The Islamicity Indices enable Muslims to focus on the indisputable source of their religion—the Qur’an—and are a continuous performance indicator of their rulers, governments and communities. The Indices also provide a simple approach to explain Islam to the non-Muslim world. With a better understanding of Islam in both Muslim and non-Muslim communities, peaceful reform and effective institutions will be more readily achieved in Muslim countries.

While I acknowledge that not every Muslim will come to the same conclusions as the Islamicity Foundation on what are the most important Quranic principles (supporters of ISIS and Al-Qaeda being glaring examples), my experience with Muslims in this country indicates that those principles are ranked highly.

“I went to the West and saw Islam, but no Muslims;
I got back to the East and saw Muslims, but no Islam.”

Of particular note is the comment “The Islamicity Indices substantiate the observation that Western countries better reflect Islamic institutions than do countries that profess Islam and also provide the compass for renewal and progress in Muslim countries.”

I believe it’s important to understand that the principles underlying a belief system should not be confused with the institutions and practices of those who follow that system. While institutions, practices and dogma change with time and location, the principles or “essence” remain essentially the same. In fact I see a similar “essence” in almost every worthwhile belief system, be it spiritual, religious or secular.

So now, (with appropriate drum roll please) the country that most closely follows Qur’anic principles is…

I stumbled upon this quirky piece of information here, and then found dozens of similar articles following a quick search of the internet for verification. What I find interesting is that on many Christian sites, one statement of fact has been altered. In non-Christian articles we read:

Whereas in most Christian based articles we read:

The country of New Zealand does not have any official religion and close to 5 million of the people in the country identify themselves as Christian.

I would like to think that the more than doubling of Christian numbers in these articles was a case of human error by one writer of one article that became a source of information for all the rest. Or am I being too optimistic about the motivation of some writers?

I find I’m sharing a lot of Michael’s posts. This is another I think is deserving of a wider circulation. 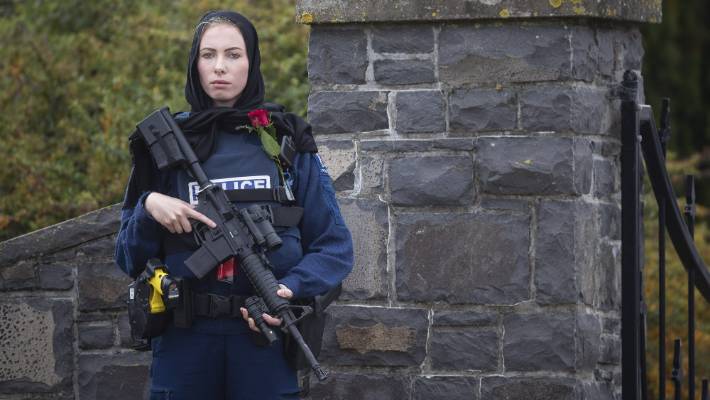 It’s just a number, one of a several which struck me over this last week. We have all, here in New Zealand and in the wider world, felt the impact one way or another, of the attack in Christchurch on a small segment of our society. Until that fateful Friday there were an estimated 50,000 […]