I consider myself a reasonably tolerant person, but in one aspect I realise I fall somewhat short. There are some things that irk me – particularly where there is a New Zealand connection. One in particular is the use of the word “kiwi“.

Google for an image of a kiwi, and you’re likely to find this: 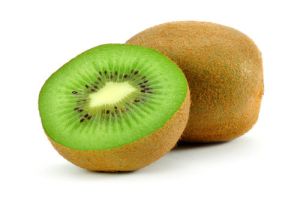 That is not a kiwi. This is: 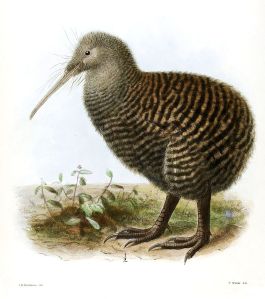 It makes as much sense to call it a kiwi bird as it does to refer to a turkey as a turkey bird or a sparrow as a sparrow bird. The kiwi has been named just that for around a thousand years, and I can see no rhyme or reason for adding bird to its name today. And while we’re on the subject of kiwi, the plural of kiwi is not kiwis, The plural is kiwi. The day that the plural of sheep becomes sheeps is the day I will reconsider my stand on this.

As to the name of that brown furry fruit: it’s a kiwifruit (pl. kiwifruit). It is not native to New Zealand. Seeds were originally imported from southern China in 1904, and at that time it had a small, gooseberry sized fruit. Locally it was known as a Chinese gooseberry.

Export of kiwifruit to the U.S. started in the 1950s, but due to the cold war, the The name Chinese gooseberry proved to be somewhat of a stumbling block. The name melonettes was first thought of as an alternative, but as the U.S. had high import tariffs on melons, bureaucracy could have become the hurdle. Eventually the name kiwifruit was chosen because it is brown and furry like a kiwi, and has a NZ connection.

The name was originally a brand name, but the exporters didn’t think to register it, so the name has become generic instead.

In case you’re thinking that everyone knows its real name is kiwifruit, but it is shortened to to kiwi for convenience, I have news for you. When visiting the U.S. I got a kick out of seeing the incredulous look on the faces of Americans when I mentioned that in NZ it was a serious offence to own or eat kiwi, and that dogs must be muzzled when going into areas where there are kiwi. I was also often asked why New Zealanders liked to identify themselves with a fruit. When I said we didn’t, they would ask what we prefer to be known as, and I would say “Kiwis”, which usually resulted in a very confused look. Invariably I had to explain. Clearly a great many Americans don’t know the difference between kiwi and kiwifruit.

So why have I used the word Kiwis in the title when I’ve stated that the plural of kiwi is kiwi? When it comes to the mammalian variety (NZers), the word is spelt with a capital “K” and the plural does end with an “s“.

So ends this lesson.